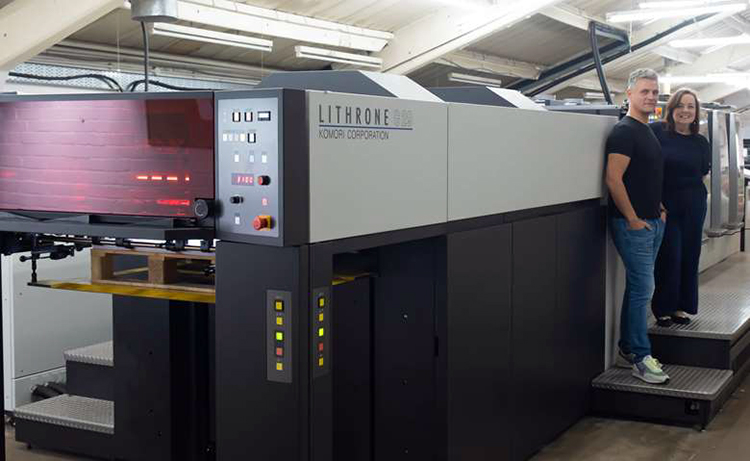 RAP Spiderweb director James Tattum said the new machine has increased both the firm's capacity and capabilities. “We're running work that is saleable off 50 sheets, we reckon the makeready is less than six minutes. This is coming off a lucky makeready before at 30 minutes with an estimated 500 sheets gone through – it's changed the business.”

He said some of the company's staff remain on furlough, but are due back in September, and that September, October and November are currently looking positive for the business, which has used the quieter periods of the last few months to complete other tasks that were long overdue.

“We have done an amazing amount of decluttering, maintenance and painting – stuff that you never have time to do. And there was a real willingness from the staff that were in to do the chores, I feel that we have a really harmonious team that have worked through Covid,” said Tattum.

“We see it as part of our responsibility towards our customers to support them in making the types of investments that will see them continue to grow and thrive, regardless of the economic climate.”

RAP Spiderweb began life as Rochdale Alternative Press in the 1960s. It acquired Spiderweb, a London-based printer with a similar portfolio, in 2006.

The circa 20-staff business, which turned over just under Ł2m last year, works out of 929sqm premises and predominantly serves the not-for-profit charity sector.