German industrial investor Quantum Group has acquired Papresa, the leading producer of newsprint in Southern Europe, in order to execute a comprehensive industrial transformation plan towards new growing products, such as fluting paper for packaging. Quantum will maintain Papresa's workforce, expand its current product offering, promote the internationalization of the Spanish company towards the Asian market and establish its own sales network in Europe. 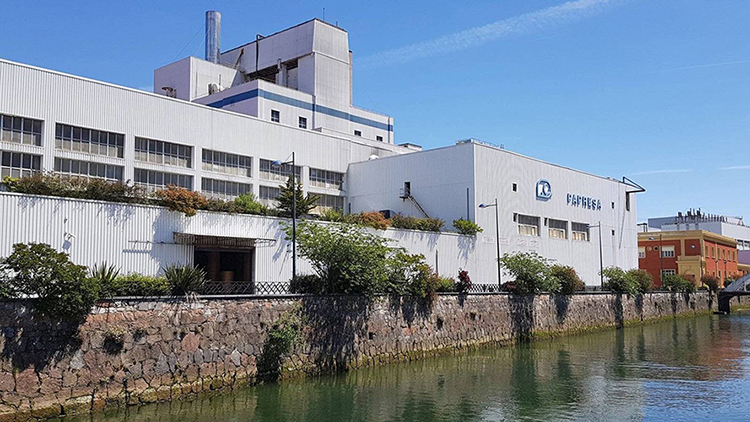 The leading producer of newsprint in Southern Europe will maintain its current offer and diversify its production towards fast-growing products, such as paperboard for packaging.

[Redacción] The industrial diversification, which Quantum will undertake in Papresa is driven by the significant drop in global demand for newsprint paper throughout the last five years (-6% p.a.), initiated by increasing digitalization of information and publishing industries. As an experienced special situations investor, Quantum aims to penetrate new growth markets, such as packaging paper, which is increasingly used by, amongst others, the e-commerce industry in order to reduce the use of plastic and improve the environmental sustainability of packaging.

Quantum has extensive experience with industrial transformations in various industries, particularly in the Iberian paper sector, in which the investor has already carried out an operation similar to the one envisaged for Papresa. In 2015, the Quantum Group acquired Stora Enso’s recycled paper subsidiary and transformed it into Barcelona Cartonboard. Within three and a half years, after heavily investing in new machinery, products and sales force, the company was turned around from a negative EBITDA of EUR 3.5m to a positive EBTIDA of EUR 8.0m. Barcelona Cartonboard was later acquired by Reno de Medici.

Quantum will place special emphasis on improving the company’s environmental sustainability, introducing Papresa’s new strategy of sustainable growth in accordance with the highest environmental standards. To achieve this goal, Quantum is committed to allocate half of its initial investments to optimize the environmental efficiency of all the company's processes.

In 2019, Papresa, currently the eighth largest paper producer in Spain, generated a total turnover of EUR 140m with an EBITDA of EUR 21m. The company, based in Rentería, Gipuzkoa, employs 222 people and currently has the capacity to process 375,000 tons of paper per year, a figure that Quantum plans to increase.

Quantum Capital Partners is manager of funds that invests in companies across Western Europe that are in need of active management by the new owner. Quantum's operations are managed through its Munich headquarters, as well as its offices in Milan and Madrid. Quantum invests in companies with significant potential for operational improvement, growth and development. As an active and responsible owner, the Quantum Group works closely with management and local authorities to ensure that the companies in its portfolio implement a plan for continuous and sustainable development, operational improvements and growth.

Since its inception in 2008, the Quantum Group has acquired a variety of businesses from world- leading companies such as Nestlé, Bosch, Henkel, Siemens, Honeywell, Airbus, Arconic, Norsk Hydro, Eaton, BASF and Stora Enso for industrial transformation, operational improvement and strategic repositioning. With 29 completed acquisitions since 2014, the Quantum Group is one of the most active investors in its sector.

In this transaction, which is still subject to antitrust approval, Quantum was advised by Fieldfisher (legal), Marlborough (financing) and AON (insurance). Alantra and Pöyry served as corporate advisors to the seller.