Labelexpo Europe reported record breaking results as it posted new visitor, exhibitor and exhibition space figures for its 2015 edition. Held at Brussels Expo from 29 September to 2 October, the show enjoyed its largest edition as it marked its 35th anniversary. 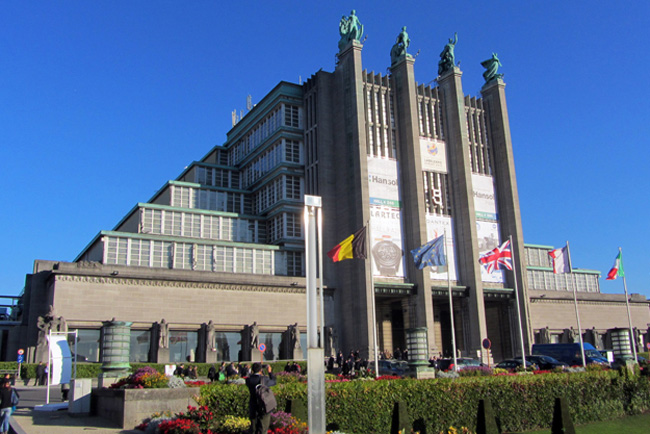 Attracting 35,739 visitors, attendance figures were up 12.4% on 2013s total of 31,795. Visitors came from 146 countries, with most attending from Germany, France, Italy, Belgium and the UK. The show also posted an increase in visitors from outside Europe with 19.6% of the total visitors traveling from elsewhere including Asia, North and South America and Africa. Covering 34,566 sqm, the shows foot print also increased by 11.65% on 2013, while exhibitor numbers rose from 600 to just over 650.

Held every two years, Labelexpo Europe is the worlds largest event for the label and package printing industry. Dominated by new product launches, the show again saw many major new developments being unveiled including Soma Engineerings Optima 820 press for labels and packaging and the Gallus DCS 340 which is Gallus first ever modular digital converting system: an inkjet printing module integrated into a Gallus machine platform combines the latest digital printing technology with the benefits of conventional printing and further processing technology. Other highlights included new digital presses from leading manufacturers such as EFI, Epson and Screen. HP Indigo also showcased its HP Indigo 20000 and WS6800 digital presses, while Mark Andy showed its both its Digital Series and Performance Series P4 and MPS, Nilpeter and OMET debuted their hybrid conventional and digital presses.

Lisa Milburn, managing director of the Labelexpo Global Series commented: We would like to thank everyone who took part in this years show. The feedback has been genuinely phenomenal and our exhibitors have been extremely pleased with many of the press manufacturers experiencing record sales and lead generation. The main trends coming out of this years show are the continued move to package printing as we see more manufacturers bringing short run production printing presses, which backs up our strategy going forward, and the ongoing dominance of digital as more and more hybrid digital printing presses flood into the marketplace. Weve had an amazing show with fantastic testimonials and it certainly is a fitting way to celebrate our 35th anniversary.