Marcelo Rech, the Executive Director of Journalism for the RBS Group in southern Brazil, has been elected President of the World Editors Forum, the organization within the World Association of Newspapers and News Publishers (WAN-IFRA) for chief editors and other senior newsroom personnel. 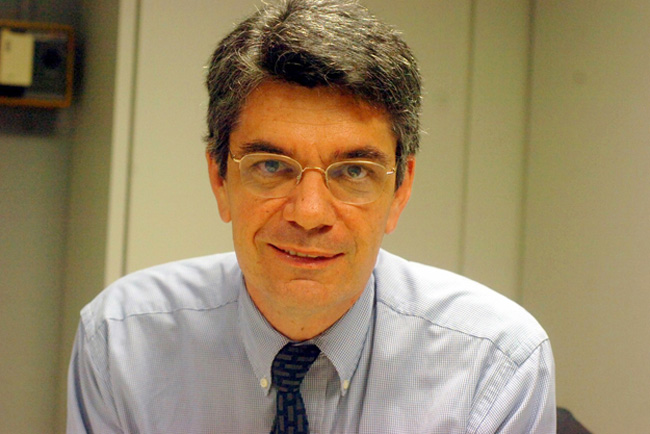 Mr Rech, 55, succeeds Erik Bjerager, the Editor-in-chief and Managing Director of Kristeligt Dagblad in Denmark, who will remain with WEF as a Vice President.

Wolfgang Krach, the Editor-in-chief of Germany's Süddeutsche Zeitung, was also elected as a WEF Vice President.

The World Editors Forum, the organization within the World Association of Newspapers and News Publishers (WAN-IFRA) for chief editors and senior newsroom personnel, also elected five new Board members: Carlos Guyot, Editor-in-chief of La Nación in Argentina, Toyosi Ogunseye, Editor of Sunday Punch in Nigeria, Matti Kalliokoski, Editorial Page Editor at Helsingin Sanomat in Finland, Javier Garza, a Knight International Journalism Fellow from Mexico who serves as a special advisor to the World Editors Forum on journalists’ safety, and Anders Nyland, Editor-in-chief of Bergensavisen in Norway.

“The World Editors Forum has provided extraordinary support to editorial leaders around the world to deal with the changes that affect newsrooms and journalism itself," said Mr Rech, who was elected by WEF members during the World News Media Congress, World Editors Forum and World Advertising Forum in Washington, D.C. More than 900 publishers, chief editors and other senior news executive are attending the events, which continue through Wednesday. The events can be followed on the conference blog or on Twitter, #wnc15 #editors15.

"In addition to offering this support, and to joining all efforts for the protection and defense of journalists and freedom of expression, WEF will continue to act in favor of ethical, high quality and credible journalism as a matter of distinction to the public about the value of professional communication," Mr Rech said.

Marcelo Rech has been executive director of Journalism since 2013 at RBS, one of the leading media groups in Brazil. With headquarters in Porto Alegre, southern Brazil, the group owns 18 TV stations, 2 community TV stations, 25 radio stations, 8 newspapers and internet portals, among other media businesses.

Marcelo was a former reporter, specialized in internal and international conflicts. He covered five expeditions to Antarctica, the fall of the Soviet Union and the economic transition in Russia, the Gulf War, the war in the Balkans, the UN intervention in Mozambique, the crisis in Cuba and several coup d’etats and military risings in Latin America, besides many investigative pieces and extensive stories in Brazil.

He has held numerous positions at RBS, including managing editor of the flagship newspaper Zero Hora, and other newspapers in the group. Marcelo was the first Content Director of RBS and was responsible for media operations in four media platforms, which involved about 1,100 journalists and 800 other staff.

He has been a WEF Board member since 2008, and became the first chairman of WAN-IFRA’s Latin American Committee, from 2013 to 2015. He has chaired several committees of the Interamerican Press Association (IAPA) and is a member of the editorial committee of the Brazilian Newspaper Association (ANJ).

As WEF President, he also takes a seat on the WAN-IFRA Board and Executive Committee and becomes part of the WAN-IFRA Presidency.

WAN-IFRA, based in Paris, France, and Frankfurt, Germany, with subsidiaries in Singapore and India, is the global organisation of the world’s newspapers and news publishers. It represents more than 18,000 publications, 15,000 online sites and over 3,000 companies in more than 120 countries. Its core mission is to defend and promote press freedom, quality journalism and editorial integrity and the development of prosperous businesses.