Based in Blumenau, the Brazilian state of Santa Catarina, Grafimax migrated to the label segment looking for new opportunities and chose the Durst Tau 330 RSC technology to produce labels in small and medium runs. 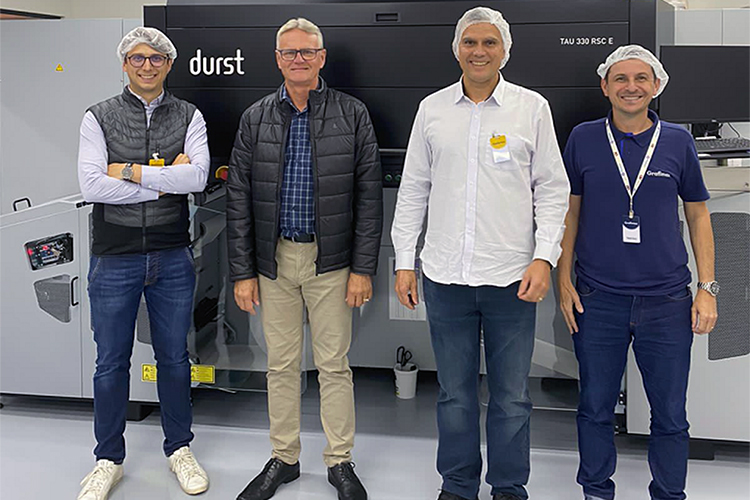 Blumenau is known throughout Brazil as one of the cities with the greatest Germanic influence in its culture and history. The city has strong European characteristics, enchanting visitors with its architecture, gastronomy, nature, industry, technology hub, cold beer and parties. In recent decades, the region has become an area of intense and diversified industrial activity – perhaps one of the most thriving in South America, housing national and multinational companies from different segments.

It’s in this rich region that Grafimax has been working prominently in the label market. The print shop, which celebrates three decades in the market this year, started its activities in the traditional typography segment, gradually moving into offset printing and, more recently, investing heavily in the labels and tags market, in which it has has obtained remarkable results.

“We understood that there were many opportunities in the labels segment. Furthermore, it was a market where we could add more value to our service through special finishes, such as cold foil, lamination, screen printing varnish, among others. As we are in a heavily industrial area, there was demand,” said Elimar Reinhold, founder of Grafimax.

The success in the labels market, mainly serving companies in the beverage, toys, food and plastic sector, made Grafimax expand its production park, investing in conventional flexography equipment. However, with the growing demand for smaller print runs and special applications (such as customization), there was open the opportunity to invest in digital technology.

“We researched several brands doing quality tests. The equipment offered good quality, but Durst differentiated itself,” says Elimar, explaining the reasons for investing in the Durst Tau 330 RSC, the first in the southern region of Brazil. “It is equipment that will not only allow us to meet this volume of medium and small print runs with quality, but will also give us the security to expand the segments into areas where we still do not have much volume, such as cosmetics, pharmaceuticals, among others.”

Along with the Tau 330 RSC, the company also invested in a laser cutting system to streamline production.

In addition, Elimar highlights Durst's structure in Brazil as an important decision factor in the investment. “In addition to the commercial team, Durst has a solid structure in the country, with a stock of parts, consumables, a technical team and a technological center for printhead repairs,” he said.