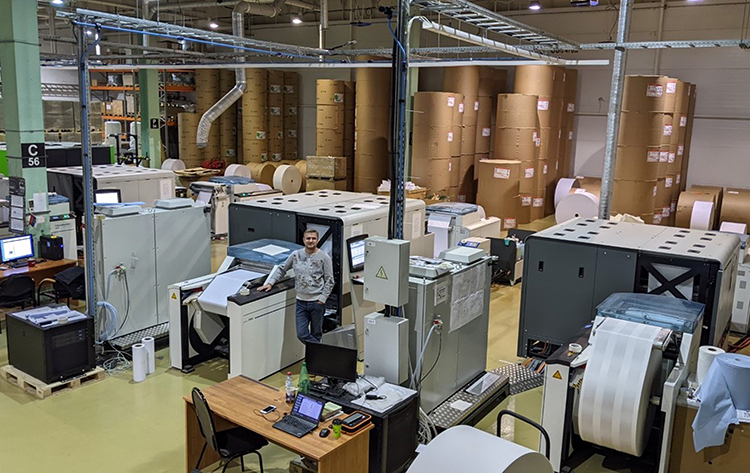 The largest book on demand provider in Russia, based in Moscow, has developed a successful platform allowing publishing houses and online retailers to transition production focus from high volumes to fast turnaround short run print on demand.

The four-month digital print re-equipment project, one of the largest in Russia, was completed without any production stoppages.

Sergey Boev, Technical Director of T 8, comments: “We wanted to create uniformity in production and have the ability to flexibly plan runs. Our former solutions were all different so we had to prepare impositions for every system and it was impossible to transfer jobs. We had to cancel the job, generate a new imposition, and then move it. It was also not always possible to produce single copies of books in a highly efficient way which contradicted our production concept. Another factor was that over the past three years average run lengths have fallen from 200 to 30 copies and the number of orders increased. It was time to look for other solutions.”

Sander Sondaal, Director of Commercial Print Sales, Ricoh Europe Graphic Communications, adds: “The complex project was the largest in Russia in terms of the total digital print capacity installed by a single supplier. As a result, T 8 has created a highly flexible and responsive production environment with its carefully considered combination of Ricoh solutions. Together they enable the operation to respond efficiently to an increasingly varied order mix.”