RDM Group announces the closing of the acquisition of 100% of the share capital of Papelera del Principado S.A. (“Paprinsa”), the second WLC Spanish player.

Founded in 1977, Paprinsa operates in the recycled White Lined Chipboard (WLC) business. Today, it is the second largest producer of recycled cartonboard in Spain and the eighth manufacturer of cartonboard in Europe. The company has both its headquarters and mill in Mollerussa, just 130 km from Barcelona and less than one hour from the plant of RDM Barcelona Cartonboard. 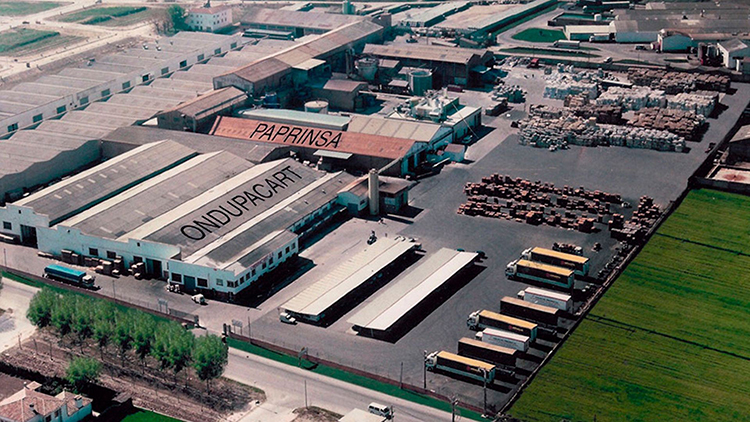 RDM Group announces the closing, finalized today, of the acquisition by its subsidiary RDM Barcelona Cartonboard S.A.U. of 100% of the share capital of four companies incorporated in Spain. The preliminary deal already released on September 30, 2020 covers the acquisition of one of the main European players of the coated chipboard industry, Papelera del Principado S.A. (“Paprinsa”), and three smaller companies operating in contiguous businesses based in the same site: Fergerdell S.L., Cogeneracị del Pla S.A. and Ondupacart S.A. The 15 sellers, owners of the holdings in the companies acquired, include both legal entities and individuals.

The mill has a trim width of 4.8 meters, which will make it the widest plant in RDM Group, as it is one of the largest paper mills of this sector in Europe. By further exploiting this size, RDM Group can count on a potential increase in the factory’s production capacity from the current 140,000 tons a year to over 200,000 tons a year, in line with the other top plants today part of the Group. The plant has an overall workforce of about 140 employees.

The provisional price for the acquisition of the four companies is based on a total Enterprise Value of €30.4 million, calculated on reported EBITDA1 for 2020 of €5.1 million, and on a Net Financial Debt1 of €18.9 million at December 31, 2020.

At the closing of the deal, an initial amount of €5.9 million was paid, calculated taking into account a NFP of €21.1 million as at August 31, 2020 and an Enterprise Value of €27 million, which corresponds to the minimum level of the originally identified EV range of €27 - €33 million. The price will be subject to adjustments as provided for in the agreements, based on the NFP, the working capital, and the overall EBITDA of the four target companies at the effective date of the transaction as at July 1, 2021.

Michele Bianchi, CEO of RDM Group, stated: “The acquisition of Paprinsa clearly confirms our competitive positioning as the leading company in Southern Europe in the segment of recycled cartonboard, as part of a clear long-term strategy and leveraging on a solid financial position”.

Based on a reported EBITDA1 of €5.1 million for 2020, the RDM Group expects to reach an EBITDA increase of between €3 to €5 million over the integration process of the coming three years. Such benefits will be achieved mainly thanks to the increase in production due to the full utilization of Paprinsa’s production capacity, the synergies with the Barcelona plant and the revision of certain procurement contracts.

Under the agreements reached with the sellers, Reno De Medici S.p.A. has committed to be a guarantor of the subsidiary RDM Barcelona Cartonboard S.A.U. for all obligations arising from the acquisition contracts underwritten by the latter.