At this year’s IFRA World Publishing Expo (Berlin, 8-9 October 2019), visitors to the Agfa booth will be able to discover newspaper printing solutions that deliver the best cost-of-ownership and are more environmentally-friendly, easier to operate and smarter to maintain. ECOnomy, ECOlogy and Extra COnvenience (ECOł) lie at the core of Agfa’s value-adding offering for printing companies. 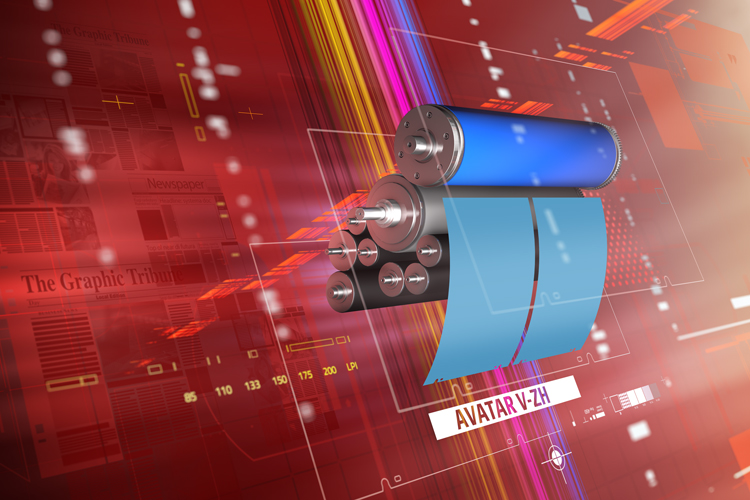 The chemistry-free Avatar V-ZH is a stable, linear plate that is characterized by its excellent image contrast after clean-out, high scratch resistance, and outstanding robustness on press. It forms a very attractive combination with the Attiro ZH, which will be shown at the booth. This high-speed clean-out unit requires no pre-heating unit, thus reducing printers’ CAPEX while gaining them time and saving them floor space. It also stands out by saving more than 80% on energy and processing liquids, and up to 66% on maintenance.

The latest version of Arkitex Production includes many features to improve efficiency, including

a filtered list of production runs that allows pressroom and platemaking operators to quickly focus on the next scheduled job;
simplified plate layout and planning by configuring furniture and other printing marks on plates to appear based on logical conditions, such as if a particular page is on the plate, or if there is no overlap with other page content (e.g. in the gutter between standard pages versus fake spread pages);
and improved support for fan-out adjustments and direct printing.
In addition, the latest version of Arkitex Portal (v4) boasts a completely new and highly intuitive HTML interface.

Unique in its kind, Arkitex Production can be deployed fully in the cloud, allowing printers of all sizes to lower both capital and IT costs. It thus functions as a highly secure and 24/7 monitored virtual print center that is always up-to-date.

SPIR@L – a new standard in screening

IFRA WPE 2019 will be the stage for the official debut of Agfa’s revolutionary new screening technology. SPIR@L replaces traditional dots with alternative shapes, which results in increased image quality, with sharper images, better contrast and more true-to-life color rendering, even of difficult colors such as blue or orange. In addition, SPIR@L shortens the make-ready process as it improves the ink-water balance on plate as well as the ink transfer to lower grammage paper stock – leading to an overall reduction of production cost.

“We are known in the newspaper printing industry for developing solutions that cater to the challenges and needs of our customers,” says Rainer Kirschke, Market Manager Newspapers at Agfa. “In order to use production capacity to the full and to reduce costs, newspapers increasingly integrate prepress and press departments. They also want to work as ecologically as possible. We offer them new opportunities by reducing equipment footprint, and by automating workflow even to the point of unattended production. In addition, our solutions drastically limit waste, energy and maintenance. Basically, we give newspaper printers more value for their entire business. This helps them maximize profitability.”

Agfa’s ECOł offering has already proved to be a success, enhancing operational efficiency and minimizing costs for newspaper printers. Media Group Main-Post (Würzburg, Germany) switched to the Attiro ZH in combination with Avatar V-ZH printing plates and a high-speed Advantage N-PL VHS platesetter. “Thanks to the Attiro ZH, we could reduce our water and energy expenditures by nearly 60% while improving process stability”, says management member Andreas Kunzemann, adding “Agfa’s innovations and support are tailored to our needs.” At Axel Springer (Spandau, Germany), the CTP lines could be moved closer to the press console thanks to the Attiro ZH and Avatar V-ZH combination. As a result, the press operator can now handle the plates, which greatly improved the entire production flow.