BW Papersystems has announced that Maxco Supply Inc., the largest independent manufacturer of corrugated packaging for the agricultural market in the San Joaquin Valley, has installed a 98-inch (2.5 meter), triple-wall corrugator in the company’s newly built facility in Fowler, California. 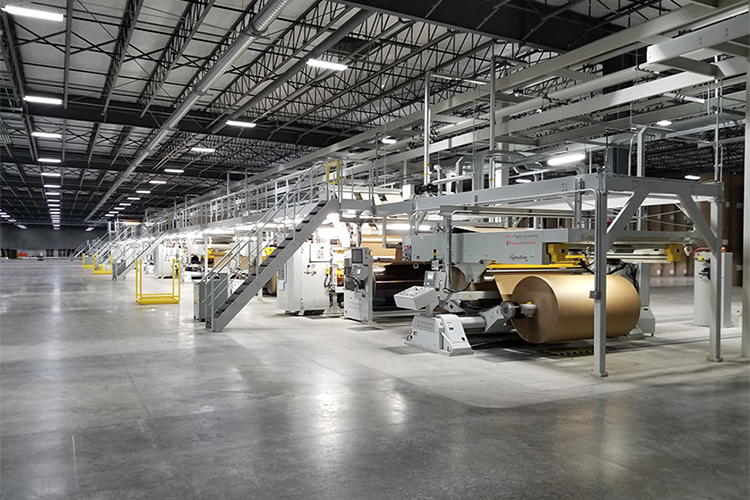 BW Papersystems offers a range of corrugators with speeds up to 1,500 feet per minute (460 meters per minute), as well as converting equipment to support this output.

The direction from Max Flaming, President and CEO of Maxco, and Joe Sepe, General Manager of Maxco, was clear: They wanted the best triple-wall corrugator possible. To meet that request, the BW Papersystems engineering team worked with Maxco to design a corrugator that would offer sustained production at high speeds. The new machine will more than double the company’s manufacturing capacity.

“With the growth in our business, it was clear that we needed to expand and build a new facility,” said Flaming. “BW Papersystems has provided us with the right machine to reach our future potential.”

BW Papersystems and Maxco have a nearly 20-year relationship. In 2002, a double-wall corrugator was installed in Maxco’s Parlier facility by what was then known as MarquipWardUnited, made up of Marquip, United Container and Ward Machinery, which are all part of BW Papersystems today. In 2009, this corrugator was successfully upgraded to triple-wall capability, and in 2017, planning began in earnest for the new state-of-the-art facility eight miles away in Fowler.

“I have enjoyed working with everyone at BW Papersystems for some time. They have supported our growth and earned our trust,” said Sepe. “Shortly after startup, we were already producing more than 400,000 lineal feet of double-wall and triple-wall per eight-hour shift.”

BW Papersystems offers a range of corrugators with speeds up to 1,500 feet per minute (460 meters per minute), as well as converting equipment to support this output.